Individually, we influence the future direction of our communities at elections.

We choose the candidate, or political party, that best reflects our values, concerns and aspirations.

Yet we do something similar each and every day by voting with our dollars. A column I wrote back in 2007 in The Edmonton Journal described this in some detail.

I stand proudly behind this column, though some of the details are now dated. Jessie Radies, for example, is no longer involved with The Blue Pear restaurant.

I am biased. I believe local, independent business give a city much of its flavour and colour. Imagine Edmonton without Sorrentinos, Audrey’s Books, the Blue Plate Diner, Mercer Tavern, The Commodore, Hardware Grill, The Helm or Henry Singer? 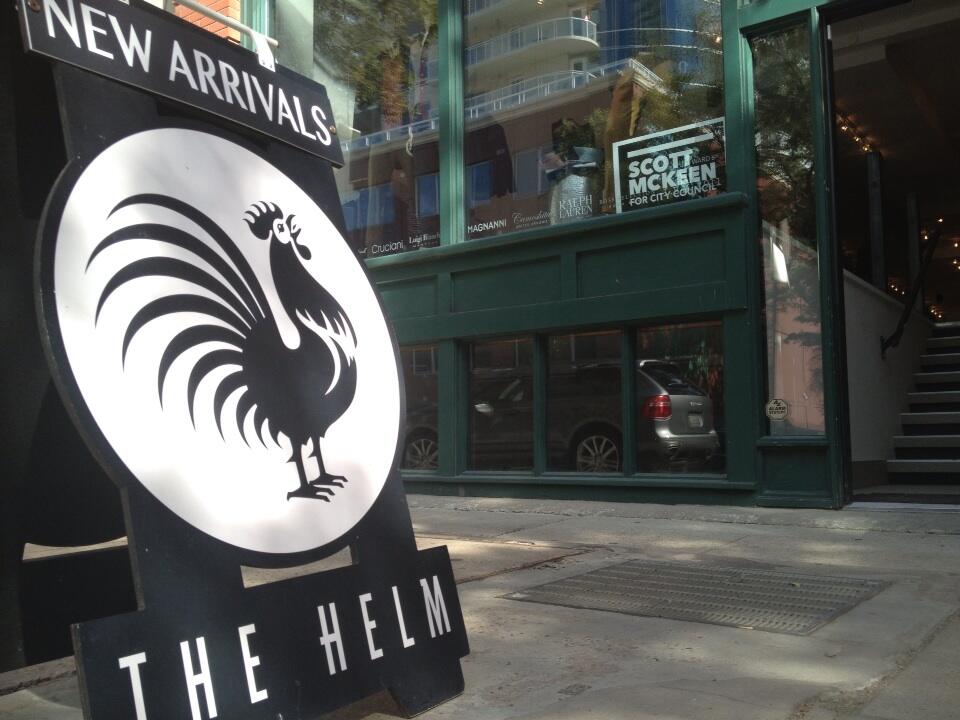 Local businesses are also far more likely to be involved in personal ways with customers and communities.

The money they make is far more likely to be spent in Edmonton. The economic spinoff from local independents is far greater than from multinational retail giants.

How would I, as a councillor, help local independent business? Certainly, the city’s procurement policies can be reviewed to look for barriers for local business.

But city council and administration are duty bound to go with the lowest legitimate bid. Always. To do otherwise would increase the tax burden on citizens and make the process vulnerable to unscrupulous political meddling.

We can look at a review of red tape, though. Restaurateurs complained in past about the delay in patio licenses. That has been improved.

But the city’s zoning bylaw sets an unreasonable demand on parking spaces for business. While a big box hardware store might require a specified number, a bar or restaurant downtown should be approved with little or no parking.

If elected, I will also use the profile of my office to promote and support local independent business in any way I can, time permitting.

Already, we’ve got a number of campaign signs displayed in Ward 6 independent businesses. Those reflect relationships I built up over time by voting with my dollars.

I am proud to say I can walk into numerous shops and restaurants in this town and be greeted by name.

And it is a beautiful thing when you walk in and hear this:

“Will you be having the usual, Scott?”

Consumers empowered to spend where it does the most good

Only 15 shopping days until Christmas. How will you vote?

That’s right — vote. Every dollar you spend is a vote for one thing over another, be it Mac over PC, Molson over Labatt, Midas over Speedy.

Increasingly, though, our spending expresses a personal philosophy about the kind of world — and community — we want to create for ourselves and our children.

Some of you buy fair-trade products knowing they help lift developing-world farmers out of poverty. Others purchase environmentally friendly products, or bus passes, to reduce their impact on the Earth.

But how many of us use our dollars to protect or enhance our community, its quality of life, diversity and identity? How many of us even realize such things are at stake when we vote with our wallets?

In Friday’s column I wrote about a brand new brewer in Edmonton, Amber’s Brewing Company. Lifelong Edmontonian Jim Gibbon bet everything he owns that enough of you will vote for his unique, superb beers that he’ll be able to survive in a market dominated by multinational brewers.

But he’s far from alone in this David-and-Goliath battle. Almost every locally owned store, restaurant and service business is in the same fight for survival against corporate giants.

The good news, though, is that they’re now joining together to improve the odds. First came Original Fare, an association of locally owned restaurants. Now comes its offshoot, Keep Edmonton Original, open to all other Edmonton independent businesses.

The two groups were launched by Jessie Radies, who with husband Darcy owns and operates the Blue Pear restaurant, one of Edmonton’s truly romantic dining spots.

Radies isn’t doing this out of pure self-interest. She’s busy enough as a mom and restaurateur.

“I’m just got so tired of people calling this Deadmonton,” she says. “There’s so much more to Edmonton — so many interesting, innovative businesses — than what we talk about.”

Her belief — and mine — is that a city’s mix of independent business contributes in large measure to its identity and quality of life. No other city has an Il Portico restaurant, an Audrey’s Books, a Devine Wines or a Ginger Apparel.

Every city, however, has Wal-Mart, Home Depot and Best Buy, not to mention countless Tim Hortons and Pizza Hut outlets.

To put this in perspective, where would you take visiting relatives — Whyte Avenue, or a big-box power centre like South Edmonton Common? But once they leave town, where do you spend your dollars?

The success of mega-stores, chains and franchises is predictable, given human nature. The giants have the sheer might to get deals from suppliers. Those savings are passed on to consumers. Who doesn’t like a good deal?

And who is going to argue against a democratic, free market? It justly rewards businesses that offer the best prices, products and service to consumers.

But it seems there is a always a price to pay, even with low prices. Author Stacy Mitchell, in her authoritative book Big-Box Swindle, reveals that corporate retailers actually cause damage to the local economy.

As well as a net job loss, corporate stores also shrink economic spinoff in a community. Independents buy more from local suppliers and services than their corporate competitors. Therefore, the local organic beef farmer, or the small accounting firm, is also vulnerable to big-box annihilation.

Then there’s the bleed-off of profit. Local entrepreneurs spend at least some of theirs locally. At the big-box store, profit goes to head office, usually in America.

As for those low prices — the main reason we patronize big-box stores and chains — Mitchell argues they’re more mythical than real. Once a mega-sized retailer gains control of a local market, their prices predictably rise, she says.

So what’s a hapless consumer to do? Go for the bargains, or pay more at local shops and businesses?

Jessie Radies says she’s not asking people to boycott big-box stores and shop exclusively at independent local businesses. She just wants people to be more aware of what’s at stake and to shop at independents when it makes sense.

The obligation goes both ways, of course. Local entrepreneurs, if they can’t match the big-box prices, must offer more personal service, or more interesting fare, to attract customers.

If they can do that, they’ll get my vote every time.